I have longed for someone to push me to help my manuscript be the best it can be. Finally, I have that. As many of you know, I have the wonderful good fortune to now be mentored by agents Nicole Resciniti and Louise Fury thanks to the RT contest that I placed in. They are taking me in directions I would have never thought to go, to new horizons that I didn't think I could achieve. It isn't easy, but that's all right. I didn't expect it to be.

One of the biggest lessons I'm learning is to revise outside of my comfort zone to help transform my manuscript into the very best it can be. I'm also learning to look at the industry, what readers desire, and what genre dictates to help guide me. Don't get me wrong, I am not fitting my manuscript into a mold. But I am looking at each part of the big picture and approaching my writing from a business perspective, not just an emotional one. This is possible one of the hardest things for us writers to do, but it's also one of the most important.

By adopting this new perspective I'm thrilled to say that it has freed me when I didn't even realize I was holding back. I'm diving into this revision with my eyes wide open and my comfort zones tossed aside. It has given me a sort of fearlessness, a confidence that yes, I can do this.
Posted by Heather at 7:52:00 AM 7 comments:


Karen Amanda Hooper, author of two of my favorite series, The Kindrily series and The Sea Monster Memoirs, is releasing a new series, Virtual Arcana.
Today, we’re helping her reveal the cover... 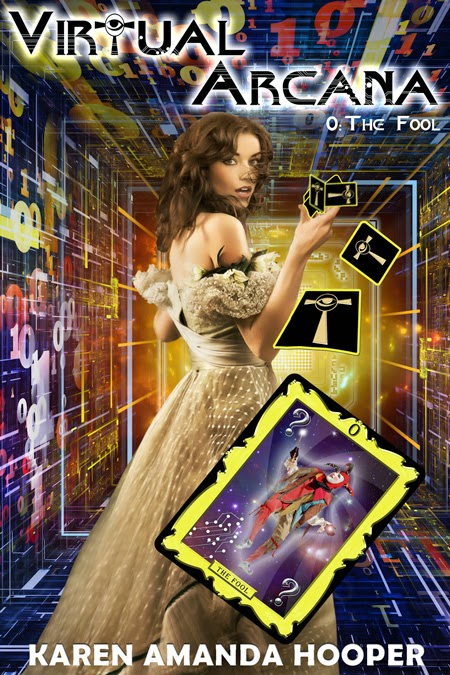 Karen says: “I love the cover because it represents the story so perfectly—a blend of old-fashioned and techy, romance and magic, reality and illusion, The Notebook meets The Matrix (with a sprinkling of The Giver). Some friends saw an early sneak peek and asked if the girl was real or a CGI (computer-generated image).  That put a huge smile on my face because that is the perfect question for this series.” *insert mischievous smile here*

Karen gives huge thanks to friend and talented cover designer, Steve Graham of  the INFINITY CREATIVE (www.TheInfinityCreative.com) for making her virtual reality-esque vision a beautiful reality.

Virtual Arcana will release this fall serial style, meaning short episodes (averaging 15-20k) will be published frequently (official schedule TBA), instead of waiting 6-12 months between each long book in a trilogy.
Each episode will be named after one of the major arcana cards of a tarot deck.

Karen says: “It’s an experiment for me as an author and for my readers. If Virtual Arcana develops a good following I’ll continue with season 2 and 3. That would mean 22 total episodes, one for each of the 22 major arcana tarot cards.”

In a faraway future, Kelsey Zellar is starting her senior year at yet another school thanks to her twin sister’s troublesome obsession with outlawed virtual reality games.

Every school they’ve ever attended is pretty much the same: lunchroom drama, rich kids binging on enhancement candies, and classmates rallying for or against the government’s strict control over everything from entertainment privileges to caffeine consumption.

Unlike her sister, Kelsey follows the rules and keeps her nose out of trouble and politics while sniffing out her next flavored latte and favorite novel. But when Kelsey meets a charming book connoisseur, and accepts his offering of a tarot card, she takes the first step toward two new addictions: the guy of her dreams, and his illegal dealing of virtual escapes into her beloved storybooks.

Kelsey straddles the worlds of fiction and reality, but is she a fool for believing in her own happy ending?
Add it on Goodreads

Karen says: “I realize some of my readers don’t/won’t care for episodic storytelling, so of course there will be the option to wait until the first season is complete and read all the episodes straight through as one full-length novel. But I wanted to offer my new series as a serial for those readers who dislike waiting so long to read more.”

To celebrate, Karen is giving away EIGHT ebooks of the first episode: The Fool.
Open internationally.
Enter using the Rafflecopter below.

Karen Hooper writes young adult paranormal and fantasy, and is the author of The Kindrily series and The Sea Monster Memoirs. She is currently sunning and splashing around Florida with her two beloved dogs. She’s addicted to coffee, chocolate, and complicated happily-ever-afters.

You can find her at www.KarenAmandaHooper.com .
Posted by Heather at 6:37:00 AM 4 comments:

I'm very excited to be celebrating the release of my friend Christine Fonseca's latest novel. This is one you won't want to miss. Read on for an excerpt and a contest!

What if psychic warfare is real??? 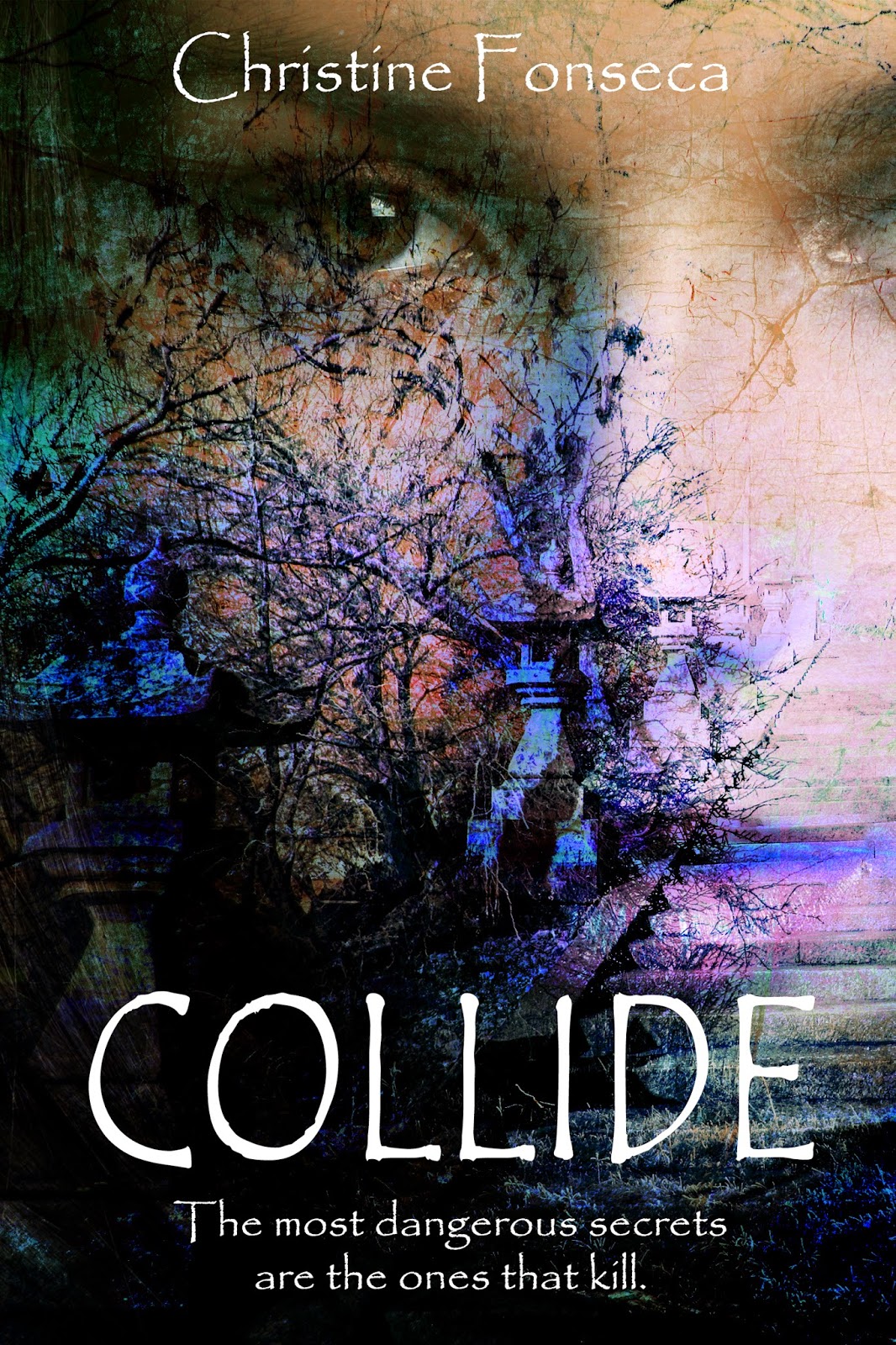 The most dangerous secrets are the ones that kill.

When a surprising mental breakdown draws too much attention from a secret government group call the Order, 17-year-old Dakota discovers that her so-called boring life isn’t so boring after all. Between the lies, secrets and assassins out to kill her family, Dakota discovers there’s more to paranormal activity than ghosts and cheap mind tricks. Now she must uncover the truth before a new breed of terrorism takes everything away – including her life.

Early Praise:
"Collide is a fast moving, suspenseful thriller full of twists and turns around every bend. An action packed read that will have your heart slamming in your chest and your mind racing until the end."

And here is a little teaser: 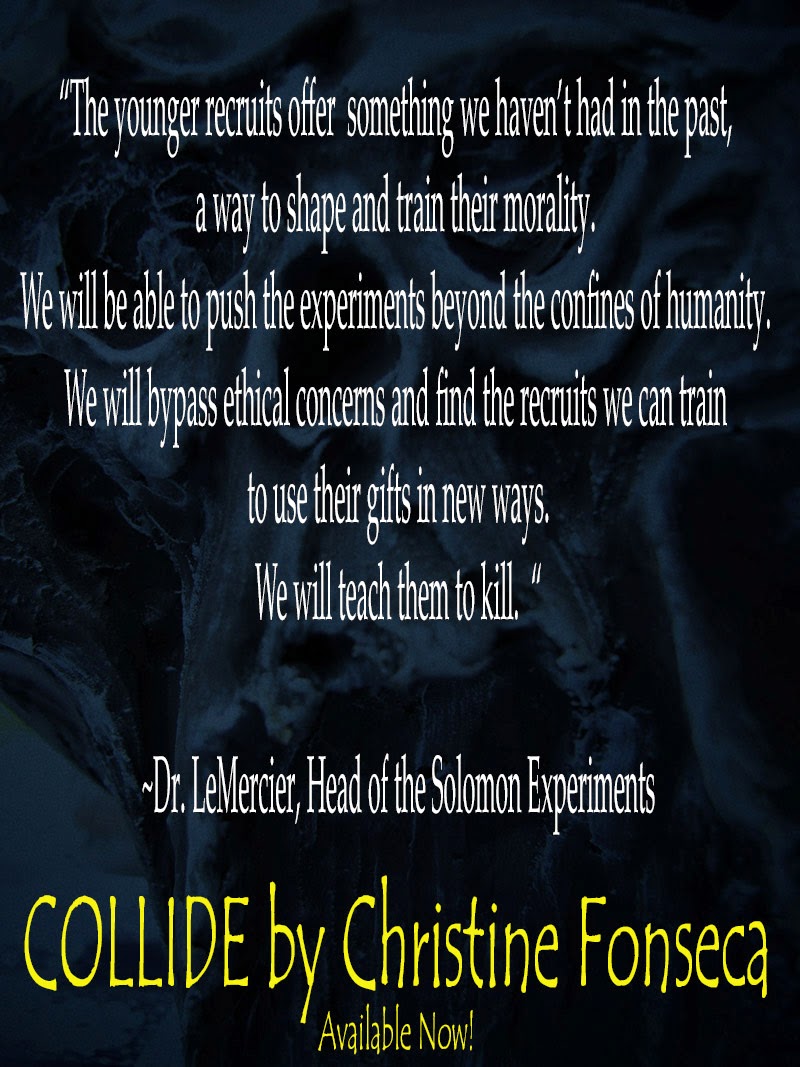 New Release! COLLIDE by chrstinef The most dangerous secrets are the ones that kill!!! #Thriller #Suspense #Paranormal #YA http://ow.ly/yOsw4 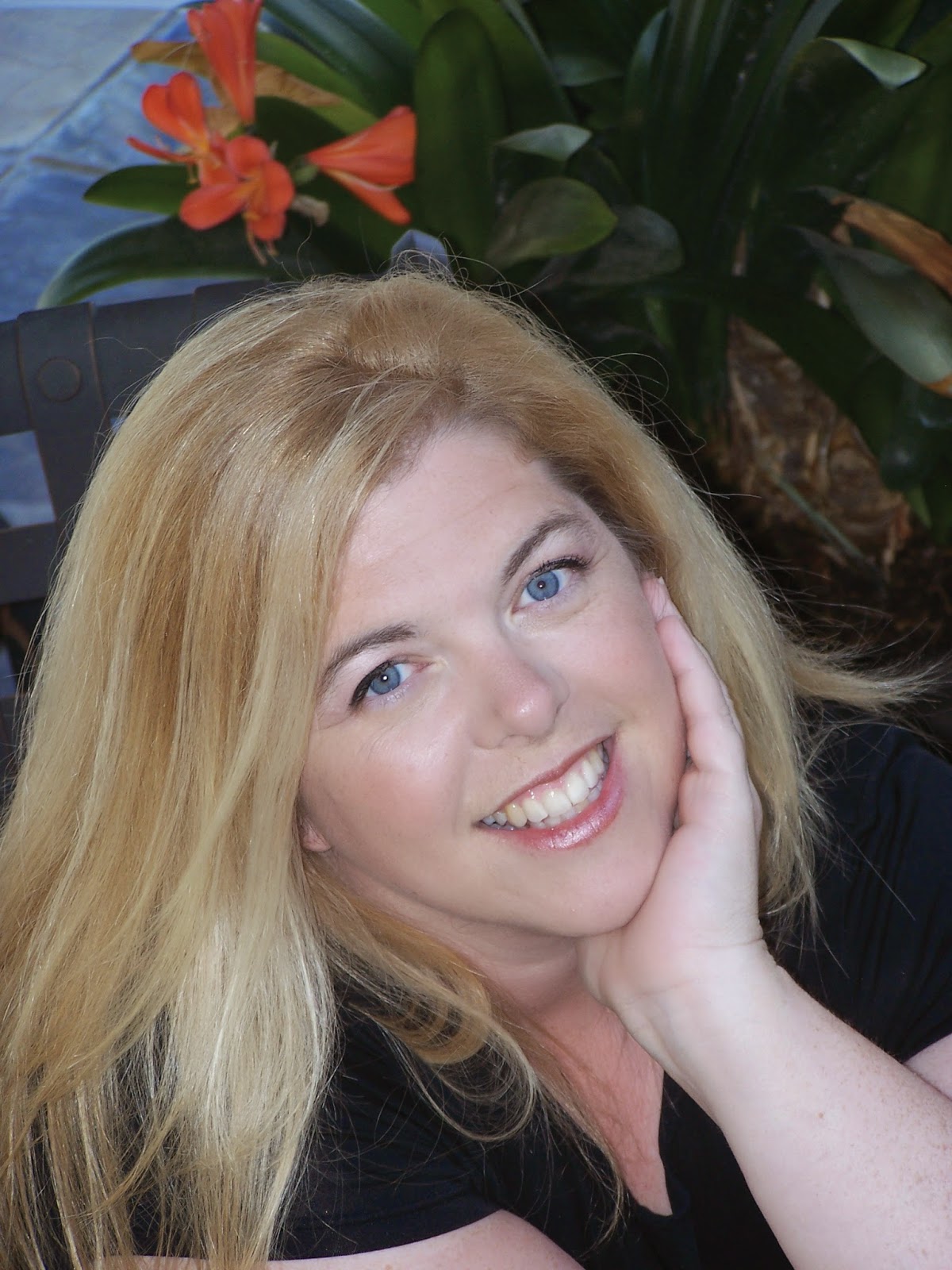 Christine Fonseca, exploring humanity one story at a time.

Critically acclaimed and award-winning author of YA novels and nonfiction, Christine is dedicated to helping people of all ages find their own unique voice in our noisy world. She crafts psychological thrillers, sweeping romances and self-help books that explore the darker aspects of humanity with hope and authenticity. A love lover of books, lattes, and family, Christine is passionate about the world and believes that all things are possible when we work together. Find out more about Christine, her books, and her passion for life at http://christinefonseca.com.

What's a party without a celebration, right? So, I have a little giveaway to celebrate. Check out the wonderful NEW releases from other Indie author buds of mine, as well as the SIGNED PAPERBACKS and a $25.00 Amazon Gift Card I'm giving away. I'll tell you, it is an extravaganza to be sure!

What Makes An Agent Fabulous?

When I was researching clients of the agents who asked for my work at RT, I came across a lot of authors who said they were 'repped by the fabulous' so and so. It made me wonder what made them fabulous. Was it excited newly repped authors, or something deeper? After pitching to the agents and receiving requests from several of them, it turned out it was much deeper. What makes an agent perfect for an author is different for every pair but there were enough consistencies that revealed what made them 'fabulous' to me.

Sitting at coffee with two such fabulous agents, and listening to them talk about their clients who were preparing for the big book fair happening two floors above, I heard some things that really made me smile. One of the agents was concerned that one of her clients didn't have a stylus for the eBook signing. She had looked everywhere, even went to the shop across the way to try and find one. The other agent said she could borrow hers if need be. Very fabulous-worthy.

Another key element I noticed was that agents whose authors said they were fabulous had a higher tendency to tweet regarding their authors and their books, list them on their personal websites, and basically rave about them on all their social media. In this industry exposure is everything and when an author's agent is willing to go that extra mile and shout out for them, it can make a difference. Pretty fabulous indeed.

Email ThisBlogThis!Share to TwitterShare to FacebookShare to Pinterest
Newer Posts Older Posts Home
Subscribe to: Posts (Atom)
For the latest news on my books, click here!
To See the trailer for my Children of Fenrir series, click the play icon below: