Showing posts from August, 2014
Show all

- August 28, 2014
The blank page is a daunting thing for many, especially if you sit staring at it. But I think that's because we writers know the first page has to be perfect and we often think it has to be perfect right from the start. But I learned a long time ago that the first page is going to change a lot over the course of the book's editing so there is no reason to stress over it and take days and days to write a mere 700 or so words that are just going to change later. And that attitude seems to be the key that has freed up my creative mind so that the first page often isn't as rewritten as it once was. There was also a time in my career when I wasn't sure where to start a new manuscript, another problem that can keep a writer staring at a blank screen. Over the years I realized it was because I was thinking of the story, not the characters. Once I learned to let the characters tell their story rather than let a story propel them along through it, then I always knew where to s
2 comments
Read more

Worth Their Weight In Gold 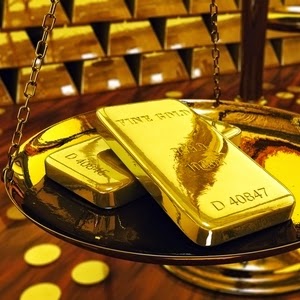 During the editing process for my historical romance, I've realized a great agent is worth their weight in gold~and then some. I've been agented before with other books and I've had good feedback that improved the novels they represented. But this time around, with these outstanding agents, it's different. Their suggestions are transforming this novel into something that brings tears to my eyes in the most wonderful way as it transforms beneath my fingers. Their suggestions come from a deep, content level that makes it clear they are truly invested in the characters and the story. And they don't stop at just one round. Looking back at the first version of this novel and seeing how far it has already come with their help floors me. Even more exciting, is looking forward knowing how much farther it will still go, and how much more polished and honed to perfection it will become. This is something I could have never done on my own because I'm too close to the s
4 comments
Read more

My Big News...Third Time's A Charm

- August 12, 2014
Like many writers, my road to publishing has been more of a climb along a lava flow than a stroll down a country road (if you've ever walked down a lava flow you know what I mean, if not, careful when you try it, you may break an ankle. Seriously). I've written several novels and have had two different agents on two different occasions, for two different novels. My first agent, whom I had my very first book with, ended up retiring from the business after only sending it out to a few people. We parted on good terms but that manuscript has since been put in a drawer. The second fork in my road was longer. It was the fourth manuscript I'd written and I landed an agent who helped me polish it up a bit and sent it out to editors. The timing was all wrong though as they had filled their paranormal lists and passed on it, though many enjoyed it. Then the literary market crash occurred and my second agent cut back on his clients who hadn't sold. Again I was to part ways with
21 comments
Read more 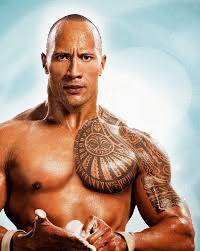 I love doing research because it leads to inspiration for me. Sometimes it's a new chapter that I hadn't planned on, or an entire new book idea that springs up. History in particular is a subject that I love, but not just any history. I like to find the stories that haven't been told, things that were covered up by the conquerors. While researching recently I was struck with an idea for a novel but it was set in a time period that is so overdone that I myself cringe at the thought of reading anything set in that era. But, there remains a story that is untold and that drew me in like a moth to a flame. Still, I wanted the idea itself to be unique, not just the story. Editing another book as I am, I put thoughts of the story aside to work on later. Photo Credit: Dwayne Johnson But my muse had other plans. He woke me in the middle of the night (Did I mention this is how I picture my muse? He's very demanding. You don't say no to a man like that.) and inspired m
4 comments
Read more
More posts