- February 21, 2012
Happy book birthday to Flight For Control by Karlene Petitt! I've been waiting for this one for so long and I'm so excited that it's finally out! I remember the first time I read part of it, years ago when I met Karlene at a writer's retreat. I immediately knew it was something special. And now, finally, all of you get to read it! 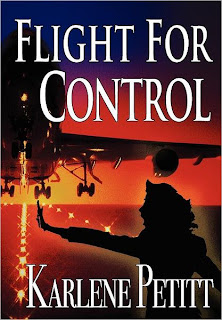 Flight For Control can be found at Amazon, Barnes and Noble, and other major retailers. You can get a signed copy from Karlene at this link.
great reads