Amarok's Bite Strikes Out on Its Own

Today I'm celebrating the re-release of my good friend Yelena's paranormal story, Amarok's Bite. It was formerly a part of the Winter Wonders anthology but is now available on its own! Congrats Yelena! 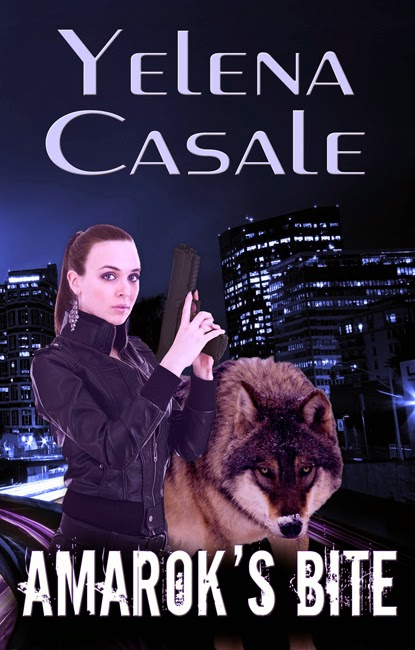 Lilly and her sexy beast of a werewolf partner Shayne make a great team working for the Peace Control Department. But when she tries to take on a rogue amarok on her own, things go terribly wrong, and she is left with an agonizing choice between dying and becoming a despised amarok herself. When Shayne makes the choice for her, she has to come to terms with what she is, and her feelings for Shayne, before facing off against the creature that changed her life forever.

Yelena Casale is an award-winning author of urban fantasy and paranormal romance. Being very curious and inquisitive, she has been a devoted reader and writer since childhood. As a 2nd degree black belt and instructor in Shotokan karate, an avid traveler and history and art enthusiast, she weaves universal themes with martial arts philosophies into her stories. She lives with her amazing, super supportive husband. In her spare time, she reads, paints, watches cool shows on TV and tries to get more sleep. Like the samurai of the old, as well as the ultimate Renaissance man and Yelena's favorite historical figure, Leonardo da Vinci, she believes that nothing is greater than mastery of oneself.
Facebook | Twitter | Team Ninja | Blog | Goodreads | Newsletter