- November 22, 2012
Happy Thanksgiving everyone! I hope you're all have a wonderful holiday. 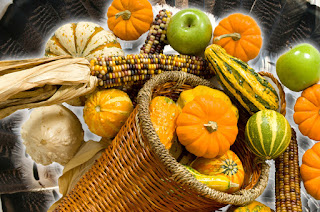 Some of my fabulous author friends and I are getting together to celebrate our readers by bringing you Black Friday deals this weekend on our eBooks.

My paranormal twist on the Mayan end of days tale, The Secret Of Spruce Knoll, is going to be .99 cents for Black Friday (continuing through today also!) so if you haven't started reading the series yet, now is the perfect time. It will be .99 cents on both Amazon & B&N, tomorrow only, so be sure to grab your copy! To grab even more fantastic books at outstanding low prices, click on the links of the other participating authors below:

Details and a list of participating authors and their books on https://www.facebook.com/events/26270... or see below:

Lacrimosa, by Christine Fonseca is only .99 cents today on Amazon for Black Friday weekend! This is one of my favorite books that you don't want to miss out on. Check it out:

He is evil incarnate; a fallen angel that feeds off the souls of others. Everything Nesy is supposed to hate. But she can’t, because he’s also the love of her former life as a human girl—a life that ended too soon, tying her to emotions she was never supposed to feel.

Now Nesy must choose between doing her duty—damning Aydan to the fiery depths of hell—or saving him, and condemning herself. And her choice may cost her, and Celestium, far more than anyone realizes.

Their choice had been taken away long before they were born.
Two Seattle 16-year-old Shape Shifters, Jatred and Jasmira, are torn between following their hearts and protecting the order of the world. The path of the star-crossed lovers leads only to destruction.

The ancient Shape Shifter Races—the Winter wolves and the Summer leopards— live among humans and fit perfectly into modern life, while keeping secret societies with their own laws and traditions.

Two Goddesses, Crystal and Amber command their respective Races. One is on a quest to tilt the scale of power to her side. The other will never let it happen, even if it means sacrificing Jatred and Jasmira’s love.

What 17-year-old boy wouldn’t be tempted by the promise of power and control – no matter what form that promise came in?
Seth knew exactly what he would do with power and control. He’d be well on his way to a wrestling scholarship, his dad could stop working so hard to make ends meet, and he’d forever have the heart of his girlfriend, Sandpoint High’s most beautiful girl.

For Seth, the temptation was much too strong to resist. And why should he? The way he saw it, he had everything to gain.

But when he unknowingly invites another soul to share his body, Seth discovers that not all power is good – especially when it was never his to wield. And when the soul reveals its true intentions, will Seth have the strength to fight it or would death be less painful?
JULIE CASSAR
If you shop on Amazon.com, click HERE  *  If you shop on Amazon UK, click HERE

Abigail's rash decision, and failure to take her own life, leads her to V'Salicus Academy, a place to start anew, become a Cleanser, a guide to show lost souls the way to The Gates for Judgment. Basil ends up duty bound to hell, his soul gambled and lost to the Devourer, all for the price of a few words. As the devil's newest Harvestor, Basil must steal lost souls to feed his new master's constant craving.


In their new roles in life, love is forbidden, but when their paths cross, true love is what Abigail and Basil finally discover in each other. Can they hold tight to their love, or will duty trump all, leaving them both to a fate of Neverlove?

GWEN GARDNER
If you shop on Amazon.com, click HERE  *  If you shop on Amazon UK, click HERE
A modern day medieval village teeming with spirit activity is no place for sixteen-year-old psychic and ghost whisperer Indigo Eady. Not when all she wants is to forget about these supposed gifts. After all, when needed most, it didn’t help save her father.
After her father’s death, Indigo moves to a new town and has the chance to start over where nobody knows about her psychic abilities. Hiding her secret is easy until the ghost of Bart Bagley ruins everything by barging in and begging her to solve his murder. Tempted to ignore him, she only relents because he was the father of her new friend, Badger. That and the survivor’s guilt she feels over her own father’s death.

A murder investigation is hard enough without the disruption of interfering ghosts and a mysterious soul collector with her name topping its list. But when Indigo’s psychic abilities short-circuit, sparks start to fly in more than one direction. The resulting mishaps compromise the success of the investigation and put the budding but fragile attraction between Indigo and Badger at risk.

When the body count mounts and a suspect ends up dead, Badger becomes a “person of interest" and they must surge ahead to solve the murders before they become the next victims.

Aimee Freeman is looking forward to the start of her senior year. She knows her best friend Ella has been keeping secrets from her all summer long, but with football season right around the corner, the student trainer decides not to worry about it—they’ll have plenty of time to catch up on the field.

Then Ella goes missing, and Aimee realizes those secrets might be the key to finding her. As the case unfolds, Aimee discovers more than one person may have wanted to harm Ella. Was it Ella’s current boyfriend, a social outcast the entire city seems intent on blaming for her disappearance? Or her ex-boyfriend, the beloved star quarterback who has harassed Ella since their breakup? The list of potential suspects continues to grow after Aimee reads Ella’s journal, but she must first break her best friend’s secret code to reveal their identities.

Unbeknownst to Aimee, her investigation has not gone unnoticed. Ella’s abductor is watching and waiting. Will he decide Aimee needs to be silenced—making her the next target?

Nothing can explain the things the Stranger knows about her - things that she, until just a few hours ago, hadn't known herself: that she'd healed faster from her injuries than was humanly possible. That the cruel family she'd been raised by isn't biologically hers. That her stepfather is now hell-bent on bringing her to his own form of justice for a crime she didn't commit.

Nothing can explain it - unless he's telling the truth.

Nothing can explain why she so easily agreed to go with the Stranger. Why she didn't find the notion of another world ludicrous and impossible. Why she didn't cut and run the minute he explained where he wanted to take her.

Nothing can explain it - unless she believes he's telling the truth.

Aydan knows she's being intentionally naive. She knows her decision to follow the stranger is at best, reckless. At worst, deadly.

...unless he's telling the truth.