Showing posts from June, 2015
Show all

Latest Fork in My Path 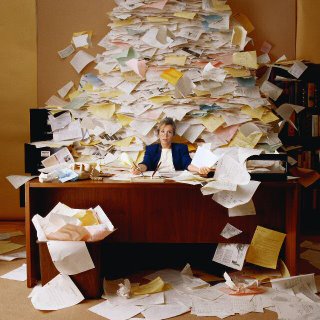 The word is out, I have accepted an Associate Editor position with the new and upcoming press out of New York, City Owl Press. Don't worry, I'm not about to stop writing~ever~I'm just putting my education to good use and expanding my horizons. I've always loved helping other writers and now I get to do it in the most amazing way. To hear more about City Owl, you can check out the announcement here . And to find out what I'm looking for, you can find my wish list on Manuscript Wish List (coming soon). Got great sci-fi/fantasy with romantic elements? Bring it on.
6 comments
Read more

To Outline or Not to Outline

- June 25, 2015
To use an outline or not to use an outline? I used to be vehemently opposed to them, I thought they limited my creativity like lines on a paint by number canvas. Boy was I wrong. I was forced to face the truth when I went to a retreat and my teacher made us write an outline. My book was finished I didn't see why I needed to write one, it made no sense. But I was there to learn and the man had been on the NY Times bestseller list several times, which made him hard to argue with. So I bowed to his expertise and wrote it, following my already existing manuscript of course. Halfway through I realized there were many problems with my story. A story which I had already sent to an agent to read. I was appalled and embarassed that I had made such mistakes. I never would have found them had I not wrote that outline. Things like, too many fight scenes (WAY too many), unresolved lines of plot, digressing from the plot, big things! I was lucky, the agent took me on. But guess what he suggest
6 comments
Read more

How To Land an Agent, or Two

- June 17, 2015
"OMG, you have TWO agents?! How in the world did you manage that?" I get this question a lot. The first part of the answer I got from a mentor of mine who is a NY Times Bestselling author: Write a great book. Sounds easy enough right?! Hah, don't we wish. Next you have to do your research and pick agents that represent the kind of book you've written. There are some great websites that allow you to search for agents based on what they represent. There is also a book put out every year called Jeff Herman's Guide to Book Publishers, Editors, & Literary Agents, its fantastic. If you can attend conferences, I highly recommend that because meeting an agent in person gives you a much better feel for who they are and how they might work than any amount of writing on a website ever will. Enter contests, both of the pitching variety you see on Twitter and blogs and especially at conferences and workshops. That is how I landed my two agents. My novel was runner
5 comments
Read more

- June 01, 2015
From that title you're probably already thinking I'm crazy. Well, I am a bit perhaps. But that's beside the point. Revision can be fun, if you did your job with the rough draft, and by that, I mean lined out the character arcs and did a rough outline. It helps eliminate plot holes and dead spots. When the last word is written we all know the book is far from finished. If you're dreading the revision process it's going to suck because you've already set it up to. However, if you look at it as an opportunity to enrich your novel and add depth and dimension to it, then the process can be fun if you've done your prep work. I'm horrible about setting it aside, but this must be done. I do my best not look at it for at least a week. If you can go longer do so. And I applaud you if you can. I cannot because I love the revision process and that's like putting a non-fat double tall hazelnut mocha in front of me and saying, 'don't drink it.' Thi
5 comments
Read more
More posts