Today I'm excited to join in on the cover reveal of Bingo Summer by Dawn Malone, a middle grade novel that you won't want to miss. Not only is she a great author and friend, she is a client and it was my distinct pleasure to design this cover for her. 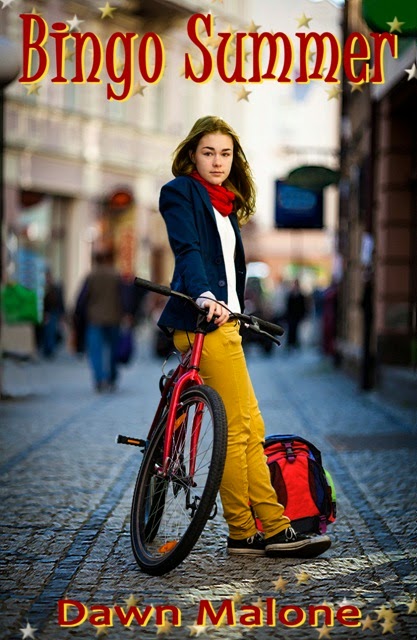 Here is a bit about Bingo Summer:

On her thirteenth birthday, Summer Haas scratches the lottery ticket her mom tucked into her birthday card and the down-on-their-luck family become instant millionaires. Then the attention gets crazy in their small Illinois town, and the family moves north to ‘disappear’ in the Chicago suburbs. Summer’s new home might as well be on the Moon, it’s so different from where she used to live.

Suddenly, Summer is a candidate for student council, trades her t-shirt and jeans for mall-brand clothes, and throws a party for her entire grade even though she didn't invite a single guest. Everyone wants Summer to be someone other than herself, including the super-popular Suri who Summer hopes will be her new best friend. There’s Mara who wants Summer to forget about competing with her for third base when softball season comes. And Summer just wants to avoid Dink and Anna even though she has more in common with them than she wants to admit.
But when Mara discovers how Summer’s family made their millions, and threatens to tell the whole school, Summer needs a friend more than ever. Can Summer fit in AND stay true to herself?
Email Post