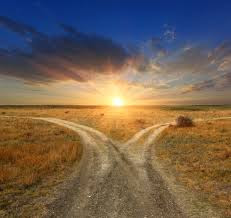 Lately my muse has been an elusive, sullen creature that simply would not speak to me no matter how hard I pushed, goaded, or bribed it. All the ideas I had for novels didn't appeal to me. My characters refused to talk to me. Writers, you think it's bad when the voices in your head won't shut up? Wait for the deafening silence that falls when they finally do. I refused to think of it as writer's block. I had never had writer's block. I don't get it. So I thought. I told myself I needed to research more, outline better, force the creative muscle to work. My muse laughed at my attempts while drinking Rum Runners on a Caribbean beach far, far out of my reach.

Then came a shiny new idea. But it wasn't what I was supposed to be writing. It made me stop and evaluate the turn of my career, and where that turn had taken me so far. More importantly, it made me look at where I wanted my career to go. And I realized I had taken a wrong turn. Don't get me wrong, the detour was exciting, fun, and I learned and grew as a writer. It was a good side trip. But the shiny new idea sang to me, enticed me, then all but screamed at me until I stepped back on the right path. My muse came back, handed me a Rum Runner of my own, and rolled up his sleeves as if to say, "I'm back, baby."

Have you ever taken a side trip with your writing? How did it turn out?