- February 25, 2013
Today I'm excited to feature a new novel by a good friend of mine. I love me some great sci-fi so this one was a sure thing for me. 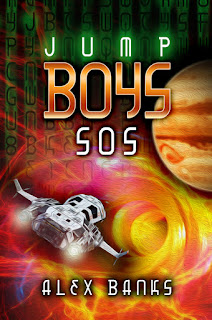 You see why I love Alex?! Check it out, you won't be sorry!
Alex Banks sci-fi