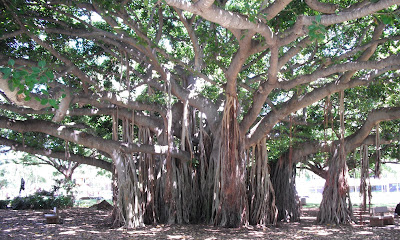 Just because you outline doesn't mean you're not an artist nor does it mean you are being omnipotent and forcing the story in your own direction. Rather, it means you're allowing the story to force you in the right direction and keep you on track. If you've never listened to a New York Times Bestseller lecture on outline then you probably haven't seen it's true potential. William Bernhardt's first class today was an eye opener on why outlining is so important to the structure of the story.
Bill draws it out like a timeline. The inciting incident occurs very close to the beginning of the timeline. What the heck is an inciting incident? It is the event that upsets the protagonists life and sets off the rest of the book. Think of it as what starts it all. A murder, a quest, a war, something that creates conflict and compels us to keep reading.
Further down the timeline is plot point one. Plot points are major events that change the story in some way. Then you have the midpoint. This is where the protagonist comes to some point in their journey (spiritually, physically, emotionally) that changes them or their outlook. Next should be plot point two, or another significant event in the story. Bill says you can have more than three major plot points but that it should depend on the length of your novel. Last comes the climax. In between you'll have scenes and each one should be important to the story. Remember as I've said before, if it doesn't add something to the novel, take it out!
Once you break your story down in this way you'll see where the holes are, if something needs to be taken out, and if something just doesn't work. Before his class I was determined to never limit myself by such constraints but Bill has made me a believer in outlines. He has made me see that I'm not limiting the story, I'm setting it free and making sure I don't screw it up in the process!
Check out William Bernhardt at this link: http://blog.williambernhardt.com/
Email Post