- July 25, 2012
Today I'm very excited to be sharing in on the fun with my good friend Anne Riley during the cover reveal for her YA paranormal novel, Shadows of the Hidden. This one is special to me in many ways, partially because I designed the cover (CP Design)! In celebration of that I'm doing a special promotion on my design site so be sure to stop by for a great deal if you need authorly type designs, including the design of a book cover. Now on to the fun. Here is a bit about Shadows of the Hidden:

(Originally published under the title THE CLEARING and was purchased by Compass Press who will be traditionally publishing it this December): 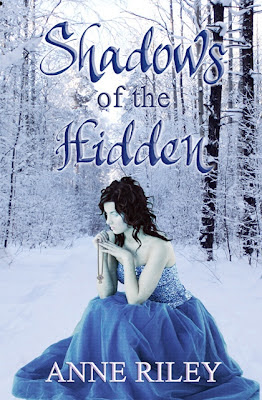 Natalie Watson doesn’t believe her parents are dead, even though they disappeared five years ago. Discovering the truth about their fate is one of the only things that gets her out of bed in the morning. But after moving from her home in Georgia to her aunt’s boarding school in Maine, solving the mystery of her parents’ whereabouts is just one of several challenges she must face. When she’s not fending off attacks from the popular kids, she puzzles over the rumors about a strange boy in her math class–one with fiery red hair who rarely speaks.

And a giveaway to celebrate! Need a bookmark designed? You can win one from my design company, CP Design just for liking Shadows and adding it to your Goodreads lists. Enter below: