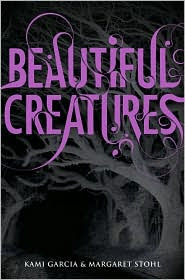 Since it’s the first Monday of the month I'm recapping what I've read for inspiration (or just fun) this month. With the writer's workshop smack in the middle of the month, February was pretty busy for me and I didn't get to read as much as I would have liked. But what I did read was excellent. I started the month of February with Beautiful Creatures by Kami Garcia and Margaret Stohl. It's a tale of magic, mystery, and a terrible curse, set in the south. This debut novel was breathtakingly pulled off, not only with living, breathing characters that I ached for, but with such descriptive talent that I feel like I've been to the south now. If I hadn't known this was their first novel I never would have guessed. In a literary world packed with vampires this unique tale was a breath of fresh air. Not a bloodsucker in sight. Loved, loved, loved this book! http://search.barnesandnoble.com/Beautiful-Creatures/Kami-Garcia/e/9780316042673/?itm=1 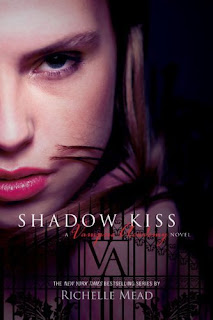 Don’t get me wrong, I love my bloodsuckers, as my next book for February will indicate. I'm sucked in~no pun intended, okay maybe a litte~to the Vampire Academy series by Rachelle Mead. This month I got to read Shadow Kiss, the third in the series. What would draw me to such a clique series you might ask? Despite the title, The Vampire Academy series is as far from clique as a vampire story could get. In the third book I'm especially enjoying the development of the main character, Rose Hathaway. She's a faithful girl who cares more about her friends than herself and isn't afraid to kick butt to protect them. You've got to love a strong female protagonist! I'm not going to give away too much because the characters reach some really pivotal points in this book. Loved it though! http://search.barnesandnoble.com/Shadow-Kiss/Richelle-Mead/e/9781595141972/?itm=2

The third book I just recently picked up and have only started to peruse. But it is so good it warrants mentioning already. It is Writing The Breakout Novel by Donald Maass. For those who don't know (waves at you under the rock there), Donald is a literary agent with the Donald Maass Literary Agency. http://www.maassagency.com/ Donald's agency represents some of the biggest names out there, Elizabeth Bear, Jim Butcher, William Bernhardt, Anne Perry, Dianne Duanne, among others. I started learning how to improve my craft on the very first page. I'm adding this to my essential books for writers! http://search.barnesandnoble.com/Writing-the-Breakout-Novel/Donald-Maass/e/9781582971827