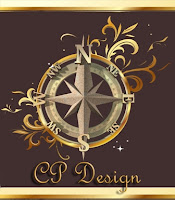 It has been far too long since I did a Wednesday Writing Goal post and I'm dying to know how everyone's progress has been going. I'm nearly finished with the latest pass of editing on the second channeler novel. It isn't time to throw confetti yet, but I'm getting closer. It will be to my editor by January easily and that means as long as all goes well, it will be releasing in March!

A few more exciting new ventures have been keeping me crazy busy too, one of which I'm ready to announce, the other~almost. You might have noticed the new button just below my blog header, the one titled CP Design. I began searching for cover designers for the other secret venture a few months ago and was blown away by how few are out there. Sure designers that use basic templates are plentiful, but I didn't want to end up with a cover that was similar to anyone else's. That would be worse than wearing the same dress as your rival to the prom. I found a few good designers but I realized, it wasn't anything I couldn't do myself with the right program. And the idea for CP Design was born.

My goal is to create excellent, professional quality covers (and other services such as bookmarks, business cards, blog headers, etc.) at an affordable price for authors. I've been into design for a long time and honestly I'm not sure why it never occurred to me to do this. I just finished designing my first cover and realized that I love doing it. Don't worry, I won't stop writing~ever~I'm just branching out. So how have you been doing on your goals? What are they for next week?
new project Wednesday #writegoal