- July 09, 2013
Today I'm excited to welcome up and coming sci-fi author Michael J. Martinez to the blog. His novel, The Daedalus Incident, which released this May from Night Shade Books! 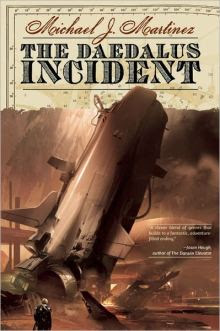