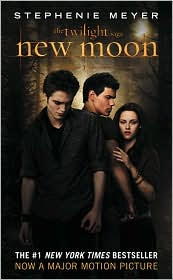 As New Moon mania hits some of you are still wondering what the big deal is. If you're a writer, trust me, you should take the time to read the book and figure it out! As writers there is something we can learn from every author's success, no matter what genre they write.

After some friends took me to see Twilight I honestlly wasn't that impressed. I couldn't see what the big deal was. As a writer I had to know, so I bought the book and read it. I could not put it down. I haven't read a book that fast since high school.

Is it the greatest book ever? That depends on who you are. Which is exactly what the big deal is. You may have heard me say this next part before, but it's so important is deserves repeating. Figuring out who your target audience is and exactly what they want, creates magic.  New Moon/Twilight type magic. So, if you're a writer who isn't interested in how to nail that down to perfection and sell millions of books, don't go see it. Don't read the book. But don't complain about Stephanie Meyer's success either.