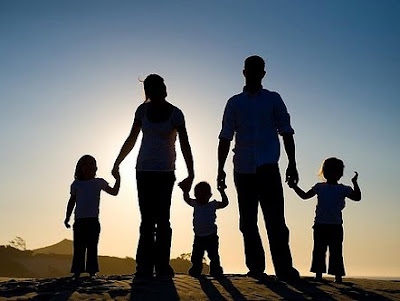 In honor of mother's day I thought I'd write a post on parents in young adult novels. It had kind of been my muse this last week. All too often the parents not only don't play an important role, they aren't present at all. In many books one or both parents are killed or simply are never mentioned. While this definitely heightens tension and drama it can also take an opportunity away to fully develop your character. Don't throw things at me yet. In my first young adult novel both of my protagonist's parents died right away so I'm guilty of this too. However, now that I'm on my fourth young adult novel I'm starting to see how having the parents play an important role can enrich the book.

A child's first role model is their parents and their view of the world is colored by how they're raised. Much can be learned about a character by their interactions with their parents. These interactions can help us show instead of tell. A tender interaction with a mother can show the reader why the protagonist treats women the way he does, or vica versa. An argument over what college to attend can show the reader why the protagonist feels oppressed, overwhelmed, etcetera. Parents can also play an important role in your antagonist's life too. A relationship with a parent, good or bad, could explain part of why they are the way they are.

The protagonists in young adult novels are of the right age where the parents should play some kind of role in the book. They don't have to be key characters but they deserve a scene or two and I think you'll find your book is better for it in the end. Give parents their due time on the page and you might be surprised at the depth it adds to your novel.
#writetip writing