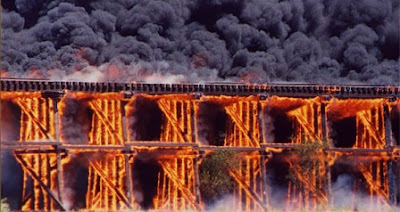 The publishing world can appear gigantic but don't make the mistake of assuming it is so big that the things you do or say will not be noticed. This goes for good and bad things. The path to publication is a long one and it is paved with frustration and heartache. With footing like that it is easy to become disheartened and say or do things you might regret later. When this happens always think before you speak and think twice~or more~before you tweet, blog, or write on one of your network pages. Trust me, do it, you'll thank me for it later.

People in the publishing world all know each other, and even if they don't it's safer to assume they do. Agent and editors go to a lot of the same conferences, workshops, and book fairs. Just like writers, they hang out with their own kind, and they talk. If you send an agent a rude, abrupt or threatening email after a rough rejection you can bet he/she will talk to their colleagues about it. They're not evil, they're just human. They don't want their friends and colleagues to have to endure the same lashing they did.

Don't worry, this doesn't mean you can't vent, you just need to be cautious about where and how you do it. The safest way is to call your friends, or to send them an email. Don't DM, IM, or PM on a social media site though. Those sites often have glitches and sometimes private messages are seen by the public. Your best bet though is, if you don't want someone to see or hear it, don't say it.
agents publishing industry