We're interrupting Friday Creature Feature to bring you the fabulous Dark C.A.R.M.A. tour! Three of my friends are having a book birthday today and you don't won't to miss these amazing books. Be sure to stop by the link above to enter the giveaway. But first, a bit about their books: 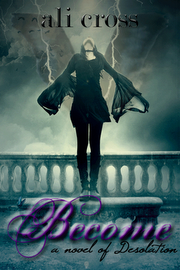 Become, by Ali Cross: Sixteen-year old Desolation Black wants nothing more than to stay in Hell where it’s cold and lonely and totally predictable. Instead, she’s sent back to Earth where she must face the evil she despises and the good she always feared.

When Desi is forced to embrace her inner demon, she assumes her choice has been made—that she has no hope of being anything other than what her father, Lucifer, has created her to be. What she doesn’t count on, is finding a reason to change—something she’s never had before—a friend. 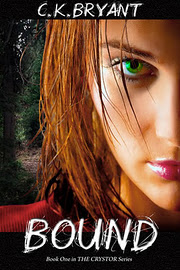 Bound, by C.K. Bryant: When a photo shoot ends in tragedy, Kira discovers her best friend, Lydia, has been keeping a secret. Knowing the truth, and accepting it, will change Kira’s life forever and thrust her into a world of ancient curses, magical objects, and savage enemies. What happens next will challenge everything Kira knows about her world, herself and the shape-shifting warrior she’s falling in love with. No longer the timid mouse her mother accused her of being, but a woman who finds the mental and physical strength to endure and survive. 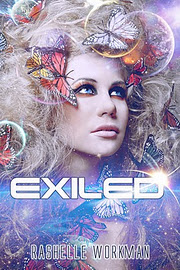 Exhiled, by Rashelle Workman: Stubborn, sixteen-year-old Princess Venus of Kelari wants one thing, to become a kelvieri, that is, until someone exiles her to Earth, kills her irrihunter and takes her family.
Now she wants revenge.

First she’s got to get home. But before she can return to Kelari, the Gods have commanded her to help an arrogant boy named Michael find his soul mate.

Only she doesn't know the first thing about love.